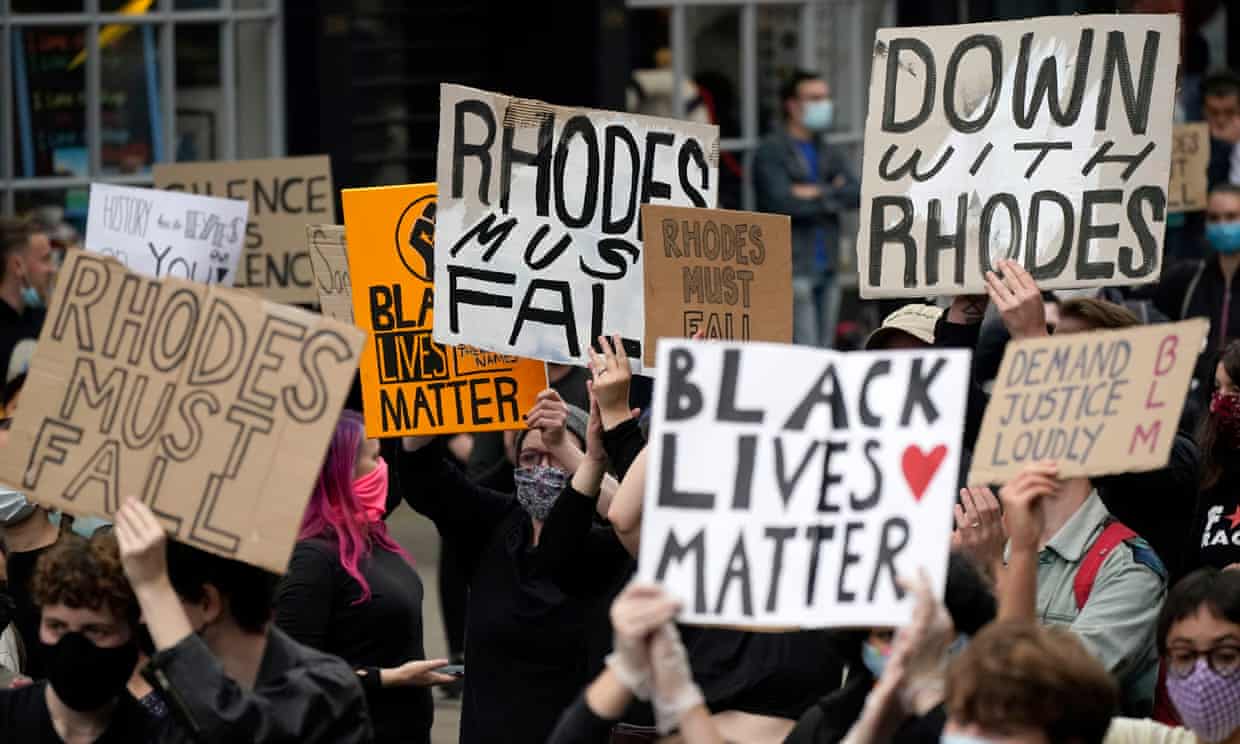 What’s important to hold at the core of all of these discussions is the need for Britain, and white people especially, to really grapple with the colonial legacy. A tick-box approach to inclusion, diversity and equality isn’t going to cut it because these concepts do not address that legacy. It’s really important to hold that line between the colonial past and the racist present.

Universities often shove these things under the carpet. I think there’s something about the word colonial that people are allergic to. There’s a massive reluctance to address the colonial past, and it’s layered with this imperial nostalgia you see all around us. But I think this is a generational issue: frankly, the students want to confront these issues, and at Cambridge a lot of decolonising work has been driven by students and not by staff, despite how the press can sometimes frame it. A lot of the campaigning around it comes from white students as well as students of colour, although the latter shoulder a heavier burden.Advertisement

Students’ consciousness is not framed in parochial British terms anymore. It can be a lightning rod to see what happened with George Floyd and police violence and to see connections with the UK. Students are thinking internationally and outside of the Eurocentric frames that have traditionally dominated sociology as a discipline. It’s no longer acceptable for us to teach sociology in the old way – the students find it utterly inadequate.

When we created our own decolonising sociology committee three years ago, we held an open meeting in the department that was attended by students and staff at all levels. It was a wide-ranging and honest conversation that covered all aspects of the department’s operations. We’ve since embedded decolonising into the life of the department – we have meetings once a month and we’ve also been looking at how we can connect with social justice and anti-racist campaigns in the city. But if we leave it up to students alone it won’t work because they’re a transient population – more permanent members of staff need to take responsibility on leading these things.

Since I’ve been working on decolonising, we’ve heard so much from detracting voices saying “What percentage of white authors are you going to remove? Does this mean you won’t read Kant and Hegel?” But the point isn’t a calculation about how many black or brown authors are on the reading list, but rather how does your curriculum train students to think critically about the present?

To me the question is: “What tools does decolonisation give us to understand how power works?” “What kind of conceptual intellectual tools does it give us to really understand these mechanics of power?” If we’re not asking these questions, we’re not taking the work seriously.

Full article: ‘Students want to confront it’: academics on how to decolonise the university